Moral stories in English There lived a farmer named Banwarilal in a village. He was a very hardworking man. He used to feed his entire family on the strength of his hard work.

Once his village was heavily drained and the entire crop was spoiled. Banwarilal had put some flowers, he planted it with great effort and perseverance. He decided that no matter what happens, I will not let these flowers dry at any cost.

Banwari Lal took two pitches and after 5 villages started fetching water from a place where there was little water. He used to bring many rounds of water daily, there was a little hole in a pitcher from which a lot of water used to fall, yet he was happy

One day while bringing water, Banvarilal heard some strange voice. When he looked back, he did not see anything, when he looked around and saw nothing there, when he noticed that both the pots were talking among themselves.

A pitcher said to another pitcher that there is a fault inside you, your waterfalls too much on the way… while my water reaches the whole house and I serve my master completely.

Ok … I will ask the owner to change it

Meanwhile, Banwarilal reached his house… and when he started going to fetch water for the third round, he was not ready to go to a bursting pit… since Banavarilal had listened to both… that’s why he loved He picked up both the clocks and started fetching water… When he started coming back with water, the clamor of both the clocks started.

I told you not to come … yet you came …. don’t even see the hard work of the owner … the right one said

I was not coming at all .. I was forced by the owner… I will not come at any cost after being released … said the pitcher

Why ….. its water does not come to your benefit … the good pot said

Then Banavarilal turned from the pit of the good one…. Look at the second line, the line on which the water of the clock falls… how much greenery is there… how many under those little plants Small fat bugs are living happily… But this does not mean that I am ignoring you … In my eyes, both of you are equal … But both of you are proud of your pride If you stay the biggest It will be a loss …… today, we all have to fight together with this drought… have to fight this problem… not to fight amongst ourselves…. Both the clocks got the point… And then all the people together fought this drought… and won. That is why it is said that boasting is a bad thing.

Tell us how you liked this Moral stories in English For kids and come on the Moral Story for a new story.

1- What Is True Love In A Relationship? Signs of True Love 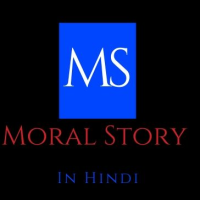 How To Go Out With A Girl: The 5 key Steps To Follow
Next Post: Shit Test: How To Respond To This Trap Set By Women?